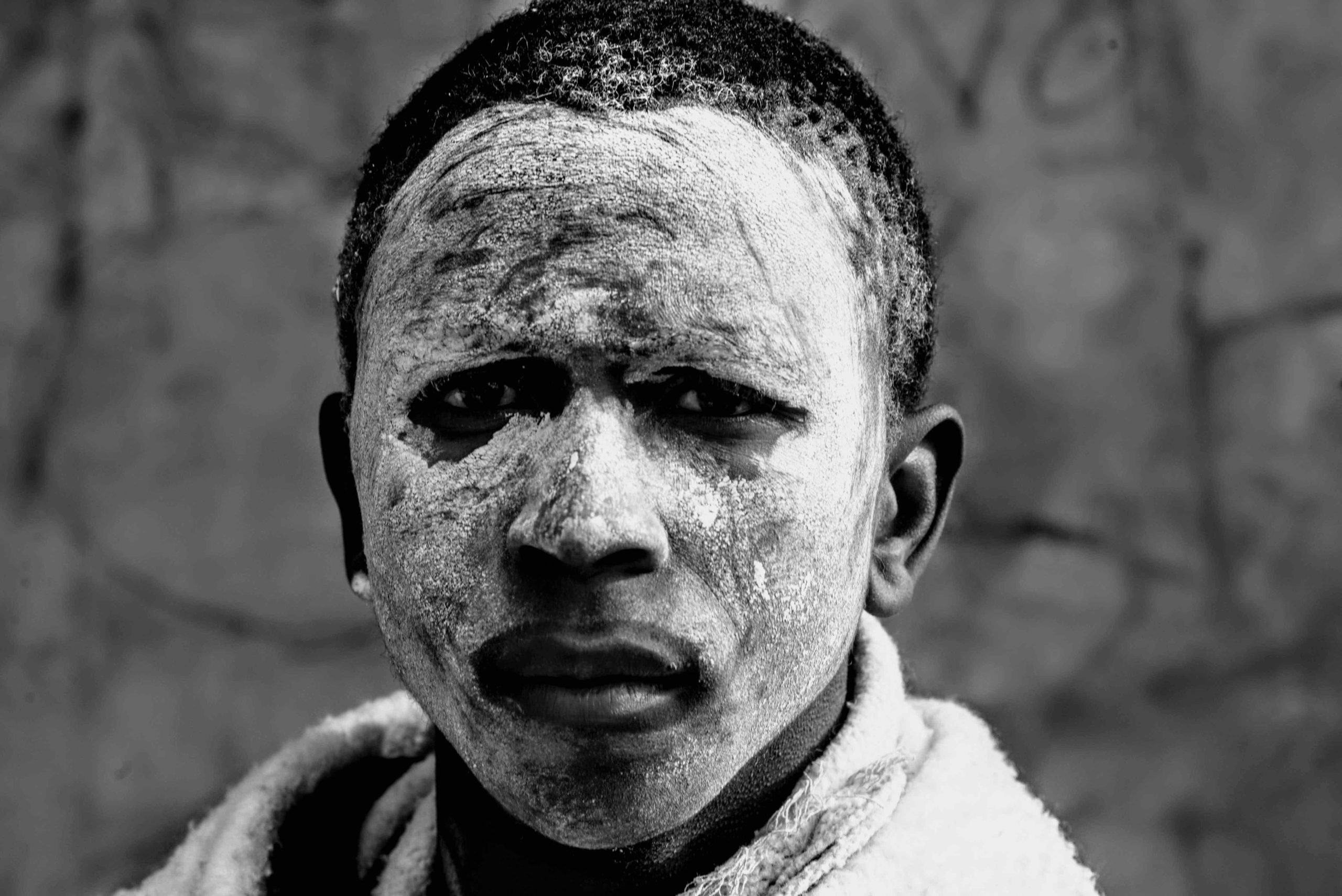 Trained in Tragedy, a Photographer’s Journey Back

Four years ago I picked up my camera. Again. It had been 24 years since I last used my Nikon professionally.

That’s the end of the story. Here’s the start.

After listening to me beg for months, my parents finally gave in and bought me a Minolta X700 and a 50mm lens when I was 14. I started taking photos of anything and everything I could find. There wasn’t a lot of variety in my part of West Michigan — the occasional excellent sunset on Lake Michigan or the ducks and geese on Pearl Lake in Sheridan. It wasn’t until I was 17 that I “turned pro.” I was asked to take photos for the Sheridan Lions Club’s “Men About Town” calendar. The project was pretty fun, actually. One Lion’s Club member was featured each month and my assignment was to capture him in a fun and interesting way (within reason!) so the community could learn about the member.

The Editor of the Greenville Daily News in Greenville, Michigan noticed the calendar and brought me in as a “stringer,” working under the paper’s head photographer, David Odette. Dave was a great teacher and a darkroom genius — in those days we were still developing black and white film. I spent a year on assignment and on-call with Dave. I was 18. 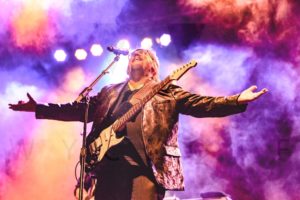 You never forget your first tragedy. This one was pretty bad. My pager went off at 1:35 am (Millennials, feel free to ask me about this “technology”!), so I knew it wasn’t going to be good. The first beep was the paper summoning me; the second was the police department for whom I also worked. Twenty minutes later I pulled up to a sea of flashing lights and I parked behind an ambulance. I sat for a few minutes in my car, taking in the scene.

Three cars. One was upside down in a ditch. The other two, or what was left of them, were still on the road. Inside were the deceased passengers. There was a knock on my car window. It was a relatively new officer, in fact, a guy I knew when he was an upperclassman in my high school, Mark Bellenger. “Is this your first fatal?” Mark asked. I said it was. He said, “Let me walk you through this.” He did, and those next 45 minutes would stay with me for the rest of my life. From every angle, I let the camera tell the story of this horrible accident, from the skid marks to the jaws of life.

Mark needed some very specific shots and coached me to make sure he had all the visual evidence the detectives would need to piece together the story.

Yes, every photo has a story. That’s what David Odette taught me (and what Rod Stewart reminded me many times before and after that!). Dave said if your image isn’t telling the story, try again. Use a different angle. Change your perspective. Move higher or lower. Find a viewpoint that a normal person wouldn’t think to get. 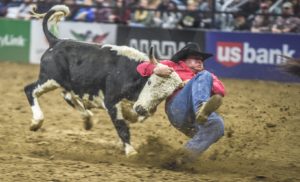 Dave also tried to teach me and convince me that this kind of CSI photography is “just a job.”

Pick up a local newspaper the next time you have a chance. Make a note of the story on the front page, “above the fold.” Do this for a month. Notice how the headlines grab you and, more often than not, the stories are tragic? Murders. Suicides. Assaults. Accidents. No doubt your eyes quickly went to the accompanying pictures. You’re welcome. That’s what I did. I’ve photographed more human bodies post-mortem in more settings than I care to remember.

It was never “just a job” for me. It was personal. I appreciated Dave’s coaching, but I was never able to externalize the experience the way a firefighter, EMT, or CSI technician can and should.

The lesson from Dave I did accept and internalize, though, was that not just any old photo was good enough to make the front page. That was also pounded into me by the newspaper’s editor.

Her name was Sylvia Warner, and I have to admit I didn’t appreciate her brilliance until years later. Many times I would come back to the paper with what I thought was great work, but after a feedback session with Sylvia, I’d go back to the darkroom with my tail between my legs. Shooting great photos wasn’t enough. Newspaper composition mattered. Horizontal, vertical, placement of the eyes, clarity of the photo, where the ball was placed … every detail was important for its own sake. Over that first year, Sylvia turned me into a photographer who could not only hold my own but rival others in the profession. 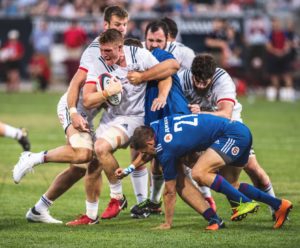 Then Dave left. In the summer of 1988, my mentor accepted a position with a larger newspaper, the Muskegon Chronicle, leaving me as the head photographer for the Greenville Daily News. I had just graduated from high school. Over the next three months, before I left for my freshman year at Ferris State University, I blossomed and learned even more about professional photography. The baby bird had been pushed out of the nest and it was time to fly or fall flat on the ground. I became somewhat of a darkroom whiz-kid and was on call for nearly every assignment. No one was backing me up.

The stories weren’t all tragedies, of course. The sexy part of photography was just enough to fill my soul. Concerts at the Ionia Free Fair. Sports with Gus Macker. The occasional modeling shoot (I was behind the camera!). These were almost enough to balance out the dark side, but not quite.

At the end of the summer, I left Montcalm County and moved into my freshman dorm in Big Rapids. I took my portfolio to the local paper, the Big Rapids Pioneer. My next mentor, Jack Batdorf, hired me on the spot and I had my part-time college job! Working for the paper and freelancing for the University was just enough to fill my plate as a full-time student. But the tragedies never stopped. There was always more sadness that needed to be reported and someone had to take the photos.

My big “break” came on the campus of Central Michigan University in nearby Mount Pleasant, Michigan in YEAR one. I happened to be in town when CMU’s rival, Western Michigan University, had just cleaned their clock on the football field. Unfortunately, the locals and students didn’t see it as just a game. The first police car was turned over around 7:30 pm. More cars of all ownership were on fire a half-hour later. The full riot erupted with a couple of thousand people on a rampage. Apparently, I was the only professional photographer in the middle of it.

This was a big-time story, so I called the photographer who I considered to be the “Godfather” of the profession — Hoyt Carrier from the Grand Rapids Press. “Can you get the film to me within three hours?” Yes, I can. I raced from Mount Pleasant to Grand Rapids and met Hoyt for the first time. He took me into their darkroom and told me, “Do your thing.” I felt like I was in the seat of a Ferrari with all the bells and whistles that a darkroom junkie could ever want. Hoyt coached me as I worked. Four of the photos were released on the photo AP wire and were picked up by over 600 papers across the country. I had made my mark!

As time went on, though, the job stayed personal. The tragedies began to carve out pieces of my heart. My college roommate at the time was the other photographer at the Big Rapids Pioneer. We would trade off assignments. He would take this murder, I would take that accident. One night we were paged and he took the assignment — a car accident. He came back 12 minutes later and simply told me, “You’ll have to do this one,” as he went into his room. I flew out the door knowing the window was closing on the story. When I arrived, the officer let me know it was a 21-year-old woman. My roommate’s girlfriend.

I arrived on the bank of the Muskegon River at 3:20 pm. A six-year-old old girl had been missing in the area for hours. Balancing myself on the shore, I was capturing shots of the crews diving and scraping the river. When a firefighter invited me to get a bird’s eye view from their bucket over the middle of the river, I accepted, and into the air we went. Divers began to yell. Her body had been found. As they pulled her from the water, her mother was there on the bank, arms extended, screaming and crying. And I captured all of it.

When I got back to shore, I vomited. I vomited the rest of the day. It wasn’t because of the gruesomeness of the scene. I had seen human bodies in far worse conditions. I realized later it was years of tragedy all bottled up, needing to be released. After a sleepless night, I put away my camera.

Fast forward to 2016 when I’m living lived in Denver and running my social media communications company. I was asked to be an advisor to the Executive MBA program for the University of Colorado. It was an incredible honor given that the school had conferred this same degree to me in 2004. As part of my advisory role, I would be accompanying the students when they studied overseas. “Where will the first trip be?” Berlin and Cape Town.  Whoa … South Africa! “Will there be a safari?” Yes, two. 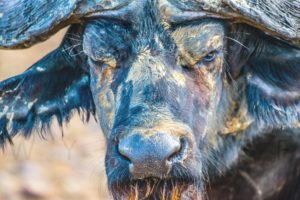 My wheels started spinning. It had been 23 years since I held a professional camera. But how can an experienced and professionally trained (and pretty damn good) photographer spend an extended period in Africa with just an iPhone? I went back and stared at my photography equipment that had been sitting, waiting for me, in their dusty cases. The Nikon FM2 and the F3 stared back at me.

They were film cameras, of course. I realized that if I was going to make a comeback, I needed something better. I had to do the equivalent of jumping from an 8-track player to an iPod. Quickly. After some research, I bought my first digital SLR, the Nikon D810. I bribed the two photographers that worked for me to fill me in on the new capabilities.

The photos from that trip speak for themselves, as do those that followed from dozens of other locations around the globe and throughout my favorite state when I’m home in Colorado. The Luke-as-a-14-year-old-photographer is back. But he never really left — he re-emerged. 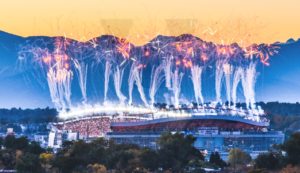 Due to a painful, extended professional experience, I had pushed this passion down, burying, and hiding it for decades. But this time would be different. Photography would be on my terms and by my rules. No tragedy. I would tell stories of our amazing planet.

After all, tragedy is here and there, but beauty can be found everywhere if we just look for it.

That’s why I founded TravelProPhotos. I hearken back to Sylvia Warner’s tough-love instruction and I’m able to find the most amazing beauty in the smallest of things. 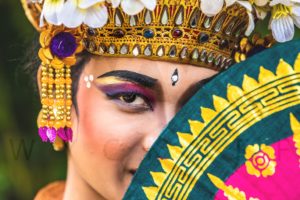 Finally, to all my mentors, some of whom frustrated the hell out of me … and to the editors, I loved and also cursed under my breath (and quite audibly in the car on the way home) … Thank you.

And here’s to you, especially, Sylvia. You saw enough in me and my self-taught skills to invest your time to help me develop a true photographer’s eye. As Dorothy (sort of) says in The Wizard of Oz while she bids farewell to Scarecrow. “I think I miss you most.”

Pardon me, I need to fly — it’s time to tell the rest of the story. 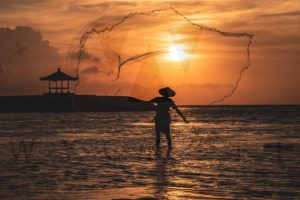